Late Linda Thompson Talks About The ADL Set-up Of

Waco And The OKC bombing – Start Listening at 11:57

A big clue about who are behind 9-11 lies is in realizing the complicity of mainstream media owners, ‘reporters’, pundits, world governments, Congress and Hollywood who have various vested interests, including protecting themselves from scrutiny and harm.

We know with scientific certainty that the New York buildings were rigged for demolition–and we know Building 7 wasn’t hit by a plane. BBC’s announcement of the ‘collapse of the Solomon Brothers Building [Building 7] 23 minutes BEFORE IT COLLAPSED and with the building still standing is just one of many indicators of pre-planning to coordinate the attacks plus the ‘news reporting’ of this day of infamy. https://rumble.com/v13bows-911-bbc-full-report-on-wtc-7-collapse-23-minutes-beforehand-report-ended-wi.html?mref=bk77p&mc=2077n

A four-year University of Alaska–Fairbanks computer modeling study definitively refutes Sunder (et. al) lies about fire being the cause of complete collapse of Building 7.

Zionist Larry Silverstein leased the World Trade Towers only weeks before the attacks. He insured them for terrorist attacks and attempted to collect double claiming there were two attacks.

2. Silverstein collected over $4 billion in insurance payments on an investment of less than $120 million.

4. Silverstein said in a PBS filmed interview that he and the NYC fire dept decided to “pull” building 7 on the afternoon of 9/11. Wiring for explosive demolition takes weeks if not months. Why would the building which offices CIA, Secret Service, Guiliani’s Office of Emergency Management and IRS be pre-wired for demolition? http://www.youtube.com/watch?v=p34XrI2Fm6I

Silverstein refuses to identify the fire chief he claims he talked to about “pulling” the Building 7.

5. Silverstein was close friends with Ariel Sharon, Bibi Netanyahu and Ehud Barack. He claims to have had telephone conversations with Bibi, weekly.

6. Five Israelis were arrested after filming and celebrating the towers coming down. FBI interrogation revealed they were Mossad agents. They were deported and one of them later said in a TV interview that they were there to film the event. Therefore, they knew well ahead of time that it was going to happen. http://abcnews.go.com/2020/story?id=123885

7. Hundreds of Israeli spies were rounded up and deported right after 9/11. Many of them were posing as art students in the area where the alleged hijackers were training in Florida.

8. $2.3 trillion was announced missing from Pentagon accounting while Bush appointee Dov Zakheim was in charge of Pentagon accounting. The missing funds were announced by Donald Rumsfeld the day before 9/11 and totally forgotten in the turmoil after 9/11. Upon questioning by Rep. Cynthia McKinney during a committee hearing, an additional $1.1 trillion was also reported as not having been accounted for–total $3.4 trillion ‘missing’.

9. Dov Zakheim is a Zionist and a dual U.S./Israel citizen. Before being appointed Pentagon CFO, Zakheim was CEO of SPS International, part of System Planning Corporation, a defense contractor majoring in electronic warfare technologies, including remote-controlled aircraft systems, and the notorious Flight Termination System (FTS) technology that could hijack even a hijacked plane and land or crash it wherever. Rabbi Dov Zakheim was also a signatory of the PNAC white paper calling for a “new Pearl Harbor event”.

10. Zakheim sent 32 767s to Florida in 2001 to be converted to refueling tankers. 767s are the same type planes that hit Towers I and II. With $3.4 trillion, it would have been possible to specially engineer planes for the mission of penetration of the Twin Towers.

11. Many of the members of PNAC who signed the letter describing the need for a new Pearl Harbor were Zionists including Dov Zakheim, Paul Wolfowitz, Donald Rumsfeld, Elliot Abrams, Scooter Libby and William Kristol. Robert Kagan, co-founder of PNAC is married to Victoria Nuland (State Department) who was instrumental in the 2013-2014 coup in Ukraine and installation of a Zionist occupied government in Ukraine.

12. Zim American Israel Shipping, half owned by Israel, moved out of one of the Trade Towers two weeks before the attacks, forfeiting $50,000 on their lease.

13. Odigo, an Israeli company with offices in one of the towers received warnings to stay away on 9/11.

14. Jewish-controlled mainstream media covered up the fact that the towers were blown up. All MSM news censored all the news reports that were shown on TV that day reporting bombs going off in all three towers. http://www.youtube.com/watch?v=0UKfzGt6Fxk

The extreme ruthlessness of those who seek to avoid accountability for involvement in the 9-11 crimes include such control dramas as the disappearance of MH370. (WARNING: DISTURBING CONTENT) https://www.dropbox.com/s/dd81fppe9jge8c8/CC%2018%2B%20MH17%20is%20MH370%21.mp4?dl=0

Here is the reason the flight MH370 disappeared, (Rothschild Inherits Semiconductor Rights After MH370 Engineers Vanish (newspunch.com). Two of the  people on the plane were inventors and patent holders of a computer processor that had no back doors. That may explain why they were killed. Why have media not pursued these leads?

Those who control the purse strings (money creation) AND the narratives are the enemies of the human journey.

Day by day the Orwellian nightmare that is our current reality continues to grow worse. The weaponized media has been appointed by their tyrannical owners to divide up the country according to the two party divisive tactics they throw out at us daily. They are clearly using psychological tactics to drive emotions and cause fear. If you want secure borders to ensure safety for the citizens of this country you are considered a racist. If you want a wholesome curriculum taught to your children in school you are considered a domestic terrorist. These far out extremist ideas are just that, far out, and overreaching extremist ideas thought up and rolled out by those very well invested into it. 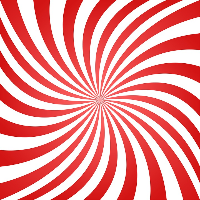 This ‘must read’ summary of investigative reporting by Christopher Bollyn proves the central role of Israel and an international zionist crime network in the 9-11 attacks and the continuing cover-up.  The 2008 Constitution Party candidate for President, Chuck Baldwin makes an urgent recommendation to READ THIS BOOK.  What if everything we’ve been told is a lie?

In Memoriam: Holy Holohoax! My Government Wouldn’t Lie To Me

Source: In Memoriam: Holy Holohoax! My Government Wouldn’t Lie To Me

“God’s chosen” … According to whom?

We have been conditioned for generations not to criticize these deceivers.

This is the Achilles heel of the synagogue of satan.

About six hours of browsing and making screen captures were involved in this PowerPoint thus far.

I don’t have answers about these blue and red objects.  The Hopi legend of blue and red star kachinas are a compelling connection.  http://www.youtube.com/watch?v=u0n4QG8fvpw

I won’t be monitoring this blog.  I will respond to personal emails and my address is whole2th@gmail.com

Welcome to WordPress.com. This is your first post. Edit or delete it and start blogging!